American Assassin In Theaters September 15th, and It's Outstanding!

Thank you, CBS Films and Lionsgate for inviting me to American Assassin pre-screening and press junket of AMERICAN ASSASSIN. Written by Vince Flynn, the author of 16 political thriller novels. He also served as a story consultant for the fifth season of the television series 24. AMERICAN ASSASSIN is directed by Michael Cuesta and produced by Lorenzo Di Bonaventura and Nick Wechsler. Vince Flynn passed away on June 19, 2013, after a three-year battle with prostate cancer. Trul 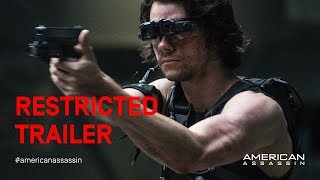 In Theaters September 15, 2017 As black ops recruit Mitch Rapp (Dylan O'Brien) is reeling from the death of his fiancée in a terrorist attack when he is assigned to shadowy CIA figure Stan Hurley (Michael Keaton) to receive special training in tracking terrorists. Rapp and Hurley are then dispatched to join a Turkish agent on a mission to stop a mysterious operative from unleashing chaos of international proportions. AMERICAN ASSASSIN follows the rise of Mitch Rapp (Dylan O’B